1138357 ALBERTA LTD., Unpaid invoice Dispute, The former contractor had anticipated some cost to come off his last - Disputes Register 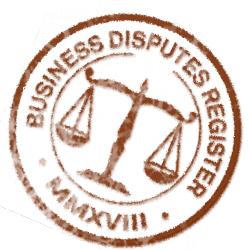 The former contractor had anticipated some cost to come off his last paycheck, but did not anticipate the following costs to be claimed by Young Contracting (YC), given that similar issues had arisen before and the contractor was not charged:

1) The repair costs to a truck the contractor used while at YC. YC provided the contractor with an internal "expenses" sheet with $5,050 worth of repair charges, after he had requested to see receipts for his deductions, rather than an itemized receipt from the external party used to repair the truck. This sheet charged for repairs for a dented bumper, rim and hub, and costs of a tow. The contractor has stated that the issue with this truck was snapped studs, which would not be caused by the truck "not being retorqued" as the expenses report noted. The contractor also has a text message from a YC employee stating that Terry collected the truck, meaning an outside party did not charge for a tow, despite the employee being charged $1,000 for the tow as listed in the internal "expenses" report.

Given that the issue with the snapped studs was not caused by negligence, and no genuine receipts were provided for the costs YC is claiming, the contractor does not believe these expenses should be deducted from the amount YC owes him.

2) Weld repair costs from other welders repairing the contractor's welds. In the contract signed, YC states that time for repair costs will not be paid to welders. The contract does not, however, state that pay will be deducted if other welders repair one's work. The contractor was provided with an invoice for $784.88 that included only hours, and did not include any ticket numbers, dates/times, or any other identifying information proving which welds were repaired, by what welders.

Given that it was not written into the contract that he would be charged for repairs done by other welders, and YC did not provide identifiable information about the claimed repairs, the contractor does not believe these charged should be deducted from the amount YC owes him.