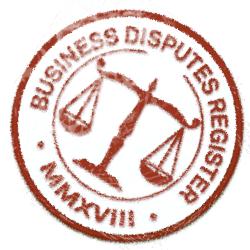 The builder has requested over-payment of funds to wife's bank account of £11,060. Outcome of any works done by builder - Evident based poor workmanship, professional negligence, breach of contract, unreliability, non compliance building regulations and planning controls. Other professional building companies report works will be condemned by planning controls, and maximum £2,500 should have been charged for materials and labour, despite requiring total removal because non compliant.

The professionals' state this builder has fraudulently requested over-payment of funds (£11k), and any work does not meet UK laws in building industry, poor advise to use concrete blocks not bricks, no sewage inspection or should not have started build on old concrete base which previously had a conservatory, poor advice to customer stating cavity wall insulation not required, and poor installation of incorrect sized roof timbers. Evident-based damage to property caused by this builder, all needs repair. Left rubble, 15 UPVC DG window panels, bag builder sand etc on site, and skip collected end week 5 (when builder left to go out of country for 11 days).

Estate agents' opinions that house has been de-valued by builder, and property now NOT legal to sell, as non complaint with Building regulations and planning controls, until all removed and repaired

Builder was unreliable (monitored hours over 5 weeks), did not attend, poor reasons non attendance, DNA many days, then disappeared out of UK for 10 days.

The builder should not have quoted for a job without the required skills or knowledge, as evidenced. Retrospectively, builder did not provide written contract, schedule of works, payment plan, did not advise re: LDC, did not have architectural drawings, did not provide correct professional advice for materials, and all works are non compliant with building regulations. All correspondence from builder via WhatsApp, ads via Facebook, and provided no company written documentation, receipts and did not have a branded vehicle.

Builder now has not responded to a formal complaint within standard 14 days, and it is now 3 weeks since disappeared off site. Letter of Deadlock emailed, but no response.

1. Email 14.8.22 formal complaint raised but no response from builder after standard practice of 14 days, albeit stating he would reply.
2. Builder allegedly returned to UK after 10 days - only messages harassing me to return tools, which had been voluntarily left on site during his holiday.
3. Locks to property were changed as per police advice.
4. Letter of deadlock emailed to builder, but no responce.
5. Builder advised that if no response received within further 14 day period, this matter will be escalated to Trading Standards, and further legal action will be taken re: legal matters and remuneration of funds.
5. Property owner reported matter to West Midlands police and Action Fraud team.
6. Dispute is re: non compliant building work, limited evidence of quality materials used or labour, poor quality workmanship, professional negligence and over-payment of £11k funds requested by builder.