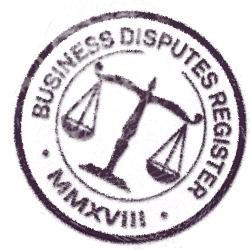 AEG decorating and building Ltd sent me an estimate to do a job in my garden , placing a path and patio with borders and painting the fence . He said it would take one week and he would bring a second person to help him to complete the job. In reality he used to come to my house at 11am on his own and spend a few hours most of the time on his phone and the job that started on 20.07.20 finally finishes on 20.08.20 with him not clearing up and splashing paint on the slabs when he was painting the fence. I had to pay extra to have the rubbish from the garden moved .
2 weeks later I noticed Slabs on the path moving and within a few weeks 3 more slabs started to move .
I called him to inform him but he said he was on another job and no explanation for the reason why the issue had occurred or when he would resolve it.. when I told him I was unhappy he put the phone down on me .
I messaged him 2 weeks later as I had heard nothing and he did not reply .. so I messaged again and said that as he does not reply I will let some one carry out the job and he needs to pay me for the badly finished job, but still no reply from him .
He also had my keys at the time . The person who had recommended him was very threatening and rude when I asked her tk helo me to get my keys back ..Finally someone drops off the keys through my letter box.
I would like some of my money back to compensate for what he put me through.

I emailed , phoned and messaged the person who said was the owner of AEG decorating and building Ltd.
He had been in full for the job £1100.00 and approximately £870.00 for material which he had originally had estimated to be £470.00.

In response to the allegations the original time estimated for the completion of the job was 2 weeks. During contract negotiations the client was advised to hire a skip for the removal of the rubbish. However, in order to save money she asked me to put the rubbish in the back of the house on the shared pathway. I advised her that I would not be undertaking such action as it is considered fly tipping. She then stated that the hire of the skip is not required as she would be removing the rubbish herself. She agreed to purchase all the materials for the job. A quote was then sent out and a price agreed for the works. However, a few days into the job she made a number of changes to original design of the garden which involved much more excavation than previously quoted for and more materials than was originally budgeted for. Hence the increase in the cost of materials from £470 to £870. I agreed to do the works at no additional cost. The client stated that I arrived at 11am on some mornings. Yes I arrived late on some mornings because as stated earlier she agreed to purchase the materials and have them delivered, as per the original agreement. She did not purchase the materials herself and as a result I had to purchase them through my company. As we are in a situation never before experienced (Covid-19) the building suppliers were short of materials. I had to drive on many mornings going to the builders yard (SELCO) in various locations across London - South Wimbledon (SW19 8UG), Cricklewood (NW2 7BA) Southall (UB2 4SD). On some mornings I drove to 2 or more building suppliers to purchase the materials. Again this extra cost incurred by myself was not passed onto the client as I did not charge her. I am deeply disappointed by her allegations in this situation. I completed a job that required a considerable amount more labour and time as well as the added expense associated with purchasing materials, all of which should have been passed onto her. She also stated that I had her keys. I did indeed have her keys but these were for the garden path behind her house (the same path where she dumped all her materials) and her rear door. In response to all her above allegations further evidence can be provided to dispute all her claims: Building receipts for all materials purchased to complete the works – showing the various locations from which they were purchased. The original quote showing the labour for the original quote, please note this does include a skip hire which I advised her to hire before the works started An original drawing showing the original plan and a photos of the works completed which will show the huge change in design specifications requested by her and which were not subsequently charged for. Further more on completion of the job I was contacted by her around 2 weeks later whereby she informed me that 3 slabs had become loose. I informed her that I was on another job and would return to rectify the issue once I had completed my current job. Over the following days I had a number of anxious and increasingly more aggressive phone calls and messages from her. On each occasion I informed her of my situation and insisted that I would return once my current job has been completed. She told me that someone else is going to do the repairs and to drop her key in her letter box which I did. Things came to a head when one day she called and was extremely aggressive to me over the phone, during which point I promptly hung up. My original stance still holds and I will rectify the issue once my current job has been completed.