GURI ESTATES LTD, Fraud Dispute, The builder took on Extention work for my house, from the start - Disputes Register 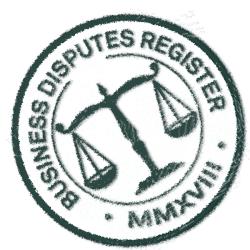 Fraud & run off with my money

The builder took on Extention work for my house, from the start showed me a driving licence with a address not living at, used my address to open up back accounts & with drawing money, used my address on other registers.

I gave over 9k to buy materials didn't buy the materials and not given my money back.

I received a note on my door from another person looking for this builder who gave my address, this people have been robbed by this builder.

Called many times to return my money, replies say to tomorrow, next week but nothing for over 1 year. Now ignores my calls.

Statement made Hassan Karim based on full of lies, this customer asked me to do extra work which we never agreed on initial stage & 60% of additional work added afterwards. He used all his excused & tried not pay . Yes i agreed he paid towards door & windows purchase but i've used that money towards his work & labour. He was keep saying he will pay me additional work but never paid. In original contract there was no Electric work involved at all but we have done all electric re-wiring of whole house Garden Work was never agreed but builder end up doing that. Garden wall: made up of concrete blocks all 3 side plus we have wasted 3-4 days & pallet of blocks due to his dispute with neighbour. Changing roof tiles was never in contract & never agreed, but builder end up paying for labour from his own job. Bathroom re-do: agreed was for basic standard tiles & fitting but client choose to purchase high end product which cost builder in labour cost towards plumber more that £3,850 pounds. Manhole: shifting manhole out of property was never agreed but builder had to pay for labour from his own property. Now client trying to play victim card so he can gain sympathy & pretend to be unaware of everything. Builder still have invoice of work done to his house including material & labour. He tried everything , all threats from him, his family & so called friend zone towards builder. When he failed in everything now he is pretending like innocent. Client had bad past & lots of disputes in his past , now he is trying to wash his hands by saying"i'm family man" He ripped builder off from his pocket more than £34,000 approx. I'll check all material invoices & labour invoices to confirm exact amount but still its minimum £34,000.