JMCIVIL CONSTRUCTION SERVICES LIMITED, Fraud Dispute, We are a young family with a toddler and a baby, having - Disputes Register 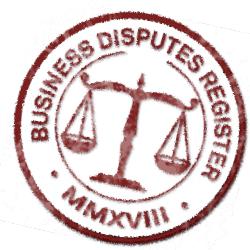 We are a young family with a toddler and a baby, having saved up for years to have a small extension built at home. Things started out really well, only two small deposits were asked for (one for each contract, extension works and landscaping works) and we were made to feel at ease by the Operations Manger.

As the project went on, it became more and more evident that something was awry and eventually everything fell apart. Our contracts were changed, and we were required to make stage payments not agreed in advance. We were then harshly persuaded into making the final payment as 'everything was lined up to finish whilst I will be in hospital' and then the inevitable happened, work stopped and everyone disappeared.

Work never started for the landscaping contract, although the Operations Manager argued that it had started because some soil was excavated, despite this being done whist the extension works were going on and whilst he simultaneously argued that he did not want to start work for the landscaping contract in case remedial works to the extension caused damage.

All we got after the final payment was made were excuses due to material shortages, fuel issues, health issues, being let down by other trades, complications with drawings, etc. No real efforts were made to resolve any issues either. We even verified ourselves with local suppliers that there were no longer any material issues and we could have materials on site within a week or two.

We later found out that the sub contractors working on our project were never paid, they were actually told we hadn't paid yet so they couldn't be paid until the job was complete. It was later discovered that their work was sub-standard, mainly due to some details/instructions not being passed on by the Operations Manager, so we now have massive remedial bills as well as the cost of finishing the work. We were told these issues would be corrected with an insurance claim but again this was an empty promise and nothing ever came of it.

We have actually been promised a refund for the landscaping project, but this has never materialised and no reasons have been given as to why we have not had this money back. We've not even been asked for our bank details.

We have even found out of an outstanding bankruptcy order for the Operations Manager of this company, which is why he cannot be listed as the company director, and multiple CCJ's dating years back and even prison time for mortgage fraud. All info available via searches online from official organisations such as Trust Online and The Insolvency Agency, who have been very helpful in passing on information about this individual.

We only wish we'd done more research on this company before parting with our savings, as we are now left in turmoil as we try to find reputable traders to take on someone else's poor workmanship and put their name to such a project. We are faced with a total bill potentially equalling what we have already paid out, and what will likely be a lengthy battle involving Trading Standards and Action Fraud.

We wanted to make 100% sure all our facts were straight before making a public dispute such as this, 9 months on we are confident that we have all the right facts and this company is far from innocent. Please also do your own research on this company before parting with any of your money and hopefully this will help prevent someone else falling victim to yet another rouge trader.

Three deadlines, all agreed to by the Operations Manager, set over the course of six months. With a long list of unfulfilled empty promises.
Tried everything to get them to come back and finish, the Operations Manager just came back to us with lazy excuses, and promises such as 'there will be men there later this week'. After six months and after missing the final deadline we were left with no choice but begin looking for another contractor to finish the project.