Fitore Construction Ltd, Negligence Dispute, The work carried out has been very unprofessional and poorly managed. There - Disputes Register 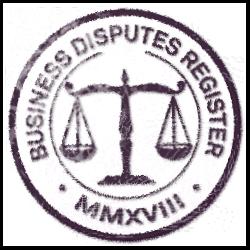 Faulty workmanship on roof and installation of velux windows

The work carried out has been very unprofessional and poorly managed. There are no timescales or planning in place this has caused major disruptions, leakages, damage resulting in major delays to the project.
Thursday 23rd July – meeting with us and agreement.
Saturday 25th July – received email with contract agreed and transferred £3,000 via a babk transfer as deposit and purchase of materials.
Saturday 25th July – Scaffolding installed paid £300 cash directly to the supplier.
Sunday 26th July – Monday 10th August – no work was carried out this caused already 2 weeks of delay. Very limited communication during this from you despite several chasers.
Tuesday 11th August – 3 roof cuttings for Velux windows, the cuttings were covered cheaply and unprofessionally (resulted in event on Thursday 13th August).
Wednesday 12th August – no work done
Thursday 13th August – no work done, however late night heavy rain caused leakages through the cuttings in the roof that were not properly sealed causing damage to loft and bedroom ceilings (pictures sent on Whatsapp and in attachment of this email).
Friday 14th August – leakages repaired temporary fix. No other work done.
Friday 14th August – paid £1,500 bank transfer for works to be carried out.
Saturday 15th – Monday 17th August – no work done.
Tuesday 18th August – 2 windows installed in the loft but not professionally as there is a water leak (pictures sent on Whatsapp and in attachment of this email).

Tried to speak to the project manager, however no corporation from his side. We sent them pictures of the roof work carried out and explained we were not happy but no response received from them. Thereafter, we took steps to put everything in writing. We sent our first letter of complaint on 18th of August giving them a chance to respond and rectify. No response was received. We sent our second letter to state termination of agreement on 22nd of August. Following this letter they had 2 weeks to respond, however no response was received. We sent our third and final letter before court claim on 14th September. To date we have not had any response from them.
We contacted them by telephone on 16th September advising them to remove their scaffolding from our property, they were not interested to talk and disconnected the phone.

We had absolutely no knowledge that such false allegations had been filed against us. We only found out today after a client had informed us that they saw that a complaint had been filed against us by an alleged disgruntled client. The client also sent us the link to the website and we immediately began the procedure to file our response. the true facts of this matter are the following: Fitore Construction Ltd and its directors have no knowledge of this dispute. This job has nothing to do with our company. When the owners of this small project approached our company, we explained to them that we were too busy and that we could not take this job because it was too small and we were already engaged in other projects which were taking up our time. In order to assist the client, we offered to pass this job on to a friend of ours who actually does such work and they agreed and so we made the introductions. We had no further involvement in this matter. Until today, we were under the impression that this work was completed because neither the owners of the project nor the contractor who we introduced to them made any contact and so naturally we did not not bother with this matter because, from the moment we passed it on to someone else, we were not part of it any more. The owners of the project had no right to file a dispute against our company and their actions are completely dishonest, however the fact of the matter is that we have had no involvement in this matter whatsoever beyond a simple introduction.