A KITCHEN FOR YOU LTD, Cost dispute / Over-charge Dispute, Ground drainage work completed at a poor standard which resulted in faults, - Disputes Register 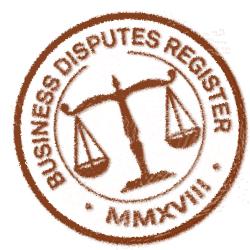 A KITCHEN FOR YOU LTD

Re charging for incomplete and unskilled work

Ground drainage work completed at a poor standard which resulted in faults, blockage and flooding. Another professional specialist came out to unblock drains at a cost of £120 which i paid. They inspected the work installed by the 'A kitchen for you' team ( formally 'A kitchen to suit you ltd' company now dissolved since time of install September 2021) to reveal the installed fault. I sent on the quote to fix the poor quality work from separate company to a kitchen for you and gave them opportunity to fix the work themselves or pay part fee towards the professional service as per consumer agreement act. The managing director agreed verbally they would do the work themselves as it was cheaper , then he provided me with their ground worker contractor who confirmed when he installed initially he had installed at a right angle and it may not work. They since fixed this issue to the standard as agreed to at install which i was happy with . No price , suggested quote or contract or statements of works was agreed verbally or sent on email the matter was considered . There was never a discussion around cost with the director or the groundsman at the time . The work had been fixed as to what was agreed to and paid for via the statement of works and contract back in September 2021. Having never had any issues with not paying invoices on time or full to my surprise i was billed again for the work i had already paid for via email which i have disputed on 3 further occasions . Unable to reach an agreement and now being asked for the amount again, if i do not pay will add a daily interest charge and they will take my to court over this matter.

3 response emails to the Invoice letter

On 1/08/2022 an email was received from Jen Murphy, informing us of problems with her existing drains. Jen had paid a company to unblock these and they had given her a quote of £1500,00 to dig up and reinstate new drains. In the same email Jen said she was going to get them to do the works and would we foot some of the cost as she thought this was only fair. A Kitchen for you has NEVER carried out any works previously at Jen Murphy's property. We arranged for a grounds worker to carry out these works at a cheaper rate, the works they carried out were: Removal & redesign of drainage system at side of property. Removed old manhole & connected drainage. Installed a pipe only system, due to existing wall drainage problem of foul & down spout pipes going directly into main line. Rodding iron also installed for future access. Drive area concreted & finished. Jen was invoiced for Materials & Labour £1167.20 divided by 2 = £583.60, on 8th October 2022. This is us footing some of the bill as Jen originally suggested in her first email. A couple of emails were received from Jen saying she would not be paying anything were received. A debt letter was sent to Jen on 30/12/2022 explaining the invoice was 83 days overdue, she replied back to stop harassing her and if we pursued she would contact her solicitor. A Final demand letter Notice of intended court actions was issued on 7/01/2023 exercising our statutory rights to add daily interest and compensation. Jens response to this was to register this complaint and email again to say stop harassing her for a payment she does not owe. Even after we carried out works at her property for her. Jen has also asked if we are a member of an accredited scheme that we could use to go through to a resolution scheme. We are not and this looks like it will be for the small claims court to decide.