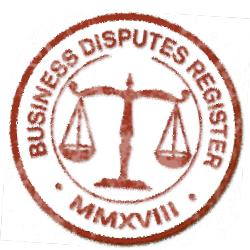 This has now been escalated to our legal representation.

Blue Brain Games booked our voiceover artist Guy Michaels for a project. 10 hours of studio time for sync-to-picture audio were completed. The company changed direction two-thirds of the way through the project and has refused to pay for the sessions recorded for their title House of Da Vinci III.

We liked his voice for our character. First parts of delivered voice acting was ok or acceptable. The problems started when the test audience didn't like his voice acting in the middle of the game. We communicated this clearly to the actor. He took it totally personally and refused to retake the part again. The discussion was only about his experience and even though we asked him several times to retake the part we didn't like, he refused and asked only for more money. Instead of properly reacting or trying to improve his expressionless voice, we got an invoice and a wish to find someone to complete the work. He knows very well that you can not just replace voiceover in the middle of a game for the same character. He knew we were under time pressure but all his emails were taking communication only to personal level or playing with words meanings. We never changed direction of the project as all videos and texts were done before. We didn't want to stop cooperating with Mr. Michaels as looking for new voice over actor jeopardized our deadline and caused project to be finished one week later as expected. Just a few comments: - replacement voice actor was able to finish the job with original instructions. - all voice actors were able to rerecord parts we didn't like without any comments and even a few times and all without additional costs (and they even considered it standard) - all work for this kind of projects is done when finished whole, unless it is agreed differently such as project in stages with separate invoices. - it was not our decision to stop working on the project without giving it at least one more try. - all our invoices are always paid if work is delivered. - we simply do not recommend this voice actor

Thank you for your response to this dispute. At the beginning of this project it was suggested that we initiate at the very least, a video call to work through the script and make sure we were on the same page stylistically. This was refused and you stated clearly that you were too busy and could only communicate by email. The script started to come through in small sections along with the Hungarian audio which we thought were just scratch/demo tracks but in fact were the final versions. Michal stated that the English recordings should match the style, pace, tone and timings of the Hungarian version. We began to record the sections after you had signed off on the style from a sample recording provided. The performances captured were, as required, in-line with the Hungarian versions in terms of style, pace, tone and matching the timings provided too. Each piece of script came with ‘direction’. For over 90% of the lines, no matter the situation, energy or even sense of danger the direction was CALMLY. This was questioned and again there was refusal to engage in a conversation or work through anything in a collaborative way. Then once around 70% of the work had been recorded and provided as sync-to-picture, the feedback came in. We responded immediately. There was no problem with re-recording and we did this straight away. Then out of nowhere it was expected at our studio’s financial loss that we should re-record the entire project from the beginning. This is NOT normal practice. Michal did not mean CALMLY, nor did he actually want a matching of the Hungarian tracks. Michal essentially did not know what he wanted or due to language limitations, was not able to express what he wanted. Michal and indeed Blue Brain Games as a whole are clearly very new to working with studios and voice actors. This was evident throughout as at every step, when there was even a small attempt to give any advice, it was met with rude, arrogant and dismissive retorts. We tried to help you to improve the process throughout and achieve an excellent end result. You refused to work collaboratively and accept that a studio with vast experience might just be able to assist the fledgling game studio as they navigate working with voiceover professionals. Whilst we were happy to re-record sections (and did so), at the 11th hour, it is simply unreasonable to expect a studio to re-record hours of work due to failings in communication, language barriers or in fact the lack of understanding of the word ‘calmly’. As in your response here you state that we were ‘playing with words meanings’. No, we were really trying to understand what you meant. Shall we have that Zoom now? If we had, then all of this would have been avoided. If you had put aside your arrogance and worked collaboratively like a professional team then the outcome would have been better for all involved. You therefore continue to refuse to pay for work delivered even though the fault lies clearly with you.